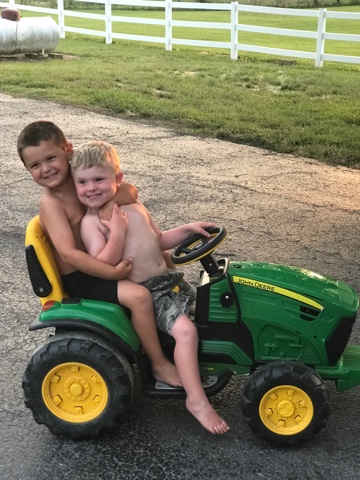 I've been meaning to write on here for a while now but I keep forgetting or getting interrupted. I'll sit and watch my boys and write out my blogs in my head and never write them down. My boys teach me so many crazy and new things each day. I never know weather to write a hilarious, crazy blog post or a sentimental "what God showed me today" blog post. Since it's been a while and I need to empty these stories from my brain i may do both today...well until one of my boys needs my undivided attention...😳😂.

As many of you know I'm an only child. I never had a brother or sister. Lots of cousins to play with but never a relationship like a sibling has. So I've never understood those relationships that people have with siblings. The fighting one minute and laughing the next or you can call them that but no one else can???? It's always been confusing to me until my boys. 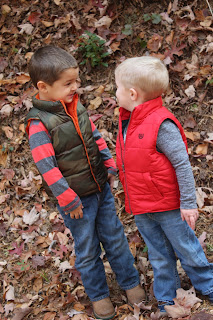 I remember very clearly when Brody was a baby and I was up feeding and rocking him. I told him his birth story, our history, how I'd never be a mommy, how he was my miracle and special gift from God...etc. I would then tell him about Parker and how he's adopted and one day he's learn what that meant but the most important thing he needed to known was that no matter what, he was to protect his brother. I told him to "never let anyone say he's not his brother or my baby. Never let Parker feel different or any less loved. And if anything ever happened to me it's your job to protect him!" I told him this every night, every feeding.
It amazes me just the kind of person Brody is. He truly is Parker's protector. It's kinda scary how much he protects Parker, kinda like he heard every word I said all those nights! As they've gotten older and their interactions are more and more their personalities are coming out too. Brody is of course the protector and Parker is the lover! Parker never wants Brody to be in trouble. Whatever he's doing wrong that I'm yelling at him about he'll hurry up and try to help him correct it or pick up what I'm needing him to pick up. Parker's the first to give up his toys or game so Brody can get his way. I love to hear them play together and laugh and then of course argue!!!! 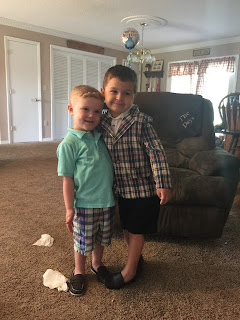 A friend of mine and her two boys and me and the boys all went to Evansville to build a bear. My boys did the trolls dolls. Parker made branch and Brody made princess poppy. Afterwards we went to the play area to let the boys all play. There was one little boy there that was wild and mean and his mom wasnt watching him at all. In fact he'd ran out of the play area multiple times. There was a quick minute when it was just our boys in there and Parker and Brody wanted to play with their new trolls dolls. After a few minutes that little turkey of a boy and his mom came back. He's running wild and his momma is in her phone not paying any attention. Parker then decides to sit branch down on the floor to go through a tunnel thing. That little boy ran up a grabbed it. Parker turned around and said, " no, that's mine!" The little boy made a face at him and squeezed it tighter. So, trying to get the mom's attention I say, "Parker it's ok, he can see it for a second". This was not ok with Parker, me either but trying to keep the peace!! So Parker takes off crying in the floor. Little did I know Brodyman was watching this whole thing go down. From the corner of the play area Brody walks vastly over to crying Parker in the floor and calmly says "here Parker, hold my poppy". He tossed princess poppy by Parker and marched right over to that boy who was still holding Parker's Branch and also standing right next to his mom. Brody said "that not your, it's my brothers." The boy said "no". Brody said, "that not nice, it not yours". And he then began to wrestle Branch away from this little boy. Finally the mom looked up and scolded the boy and gave Branch back to Brody. Brody stared that little turkey down as he walked all the way back over to Parker and said, "here Parker". Picked up his princess poppy and ran off playing. I sat there in complete shock! It was hilarious and yet encouraging that Brody man was in fact gonna take care of his brother no matter what!!! I thought my heart would explode! It's been like that for a while now. Their relationship is amazing and hilarious all at the same time!
I remember when I got pregnant with Brody thinking about their relationship. Would they be friends or hate each other? Would they love each other and protect each other? They are as different as night and day, they have different blood lines and their birth story is very different but the one thing that share is their love for each other and that is the greatest gift a mommy could ever ask of her children!!!! 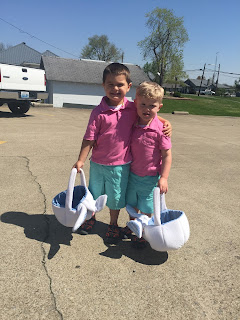 Parker was recently in the baby contest at the fair. He won in his age group. The first person to come running and give him a hug was in fact Brody!!! He had the biggest smile on his face and couldn't be any more proud of him than I was.

When Brody was potty training peeing was easy peasy....it was the pooping that was rough. Parker encouraged and encouraged him everyday. When he finally went Parker screamed and hollered through the whole house. He was sooooo proud of him!
I LOVE the supportive relationship they have! I pray it continues as they grow and the love only grows!!!!!!!!

Now, on to the funny things!!! Seriously everyday is like a comedy show and sometimes I look around just to be sure there isn't a camera filming this craziness!!!! 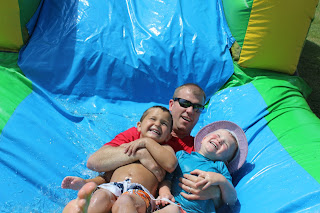 I have two boys and with boys I'm learning you get poop talk, butt shows and pee pee questions! Both boys are potty trained and completely different at going #2. Parker goes everyday, consistent and healthy. Brody on the other hand has a terrible time going, he's constipated a lot and will hold it in so he doesn't have to go which causes pain. It's a terrible time!!! So I've had to refer to suppositories and enemas....it's that bad! The past few weeks have been better but both my boys know what a suppository is. The past few weeks I've heard them in the hall saying "hey, wanna play suppositories"? They get a medicine syringe and chase each other threading to give suppositories!!!!! I mean who's kid does that?!?! We have a room full of toys and games and books and my boys want to chase each other laughing and threatening suppository!!!
Both boys love to pee outside, like most do. But they don't just pull down the front of the shorts they pull their whole pants down to the ankles pee and then can't get them back up so they'll walk naked across the yard to me or Charlie to help them get them pulled up. I'm sure our neighborhood is getting tired of seeing my boys butts and pee pee's!!! 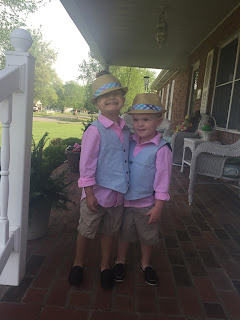 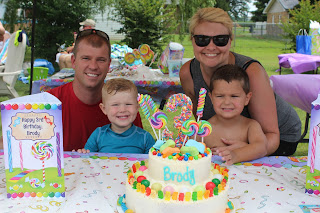 My life is crazy! I yell more than I wish I did and I go to bed tired and sad that I didn't do more with them and replaying things I wish I would done different that day. I hope every night that they are happy and that I'm a decent mommy. They make me so happy and so crazy at the same time. But mostly they make my heart satisfied and that's something That at one time I never thought would happen!!!

Posted by Www.prayuntillsomethinghappens.blogspot.com at 11:06 AM