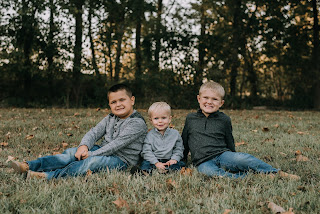 Last night I couldn’t sleep. I woke up and stared at my youngest and my middle sleeping so soundly. I remembered the other night I was telling my mother in law that Brody was either gonna be a leader of the nation or a gang in prison. We laughed and secretly prayed it wasn’t  the latter. I thought about that statement and how before I blinked he would be grown. An anger welled up inside me, why? Why does time have to go so fast? And who’s fault is it. God’s? Mine? Theirs? I was so mad that when I woke up they’d all be older, and there was nothing I could do about it. I’m not one who is ok with not having control. I have no say, or input on how slow or fast the process goes and it kills me.

I mean why can’t the days be short and the years be long? Why can’t they stay little for longer and the days that feel like they’ll never end be shorter? Idk, there’s a lesson in there I’m sure. I’m sure when I’m old and my boys are grown I’ll still never know. But for now I’m trying to figure out how to hold them longer, love them harder and try my hardest to keep them small forever. It’s not a secret, every mom I’ve ever known or even strangers will tell me “soak it up”. So it’s not anything a momma tries to keep, they want you to know it happens fast, they want you to soak up that fresh bath smell, that sweaty boy smell with a touch of fresh cut grass, those terrible smelly feet. They want you to laugh at all the farts, and fart jokes. Roll your eyes at the clothes on the floor and the pee all over the toilet. Yell a little less, hold your tongue a lot more. And the thing I’m most guilty of looking at my stupid phone.
So until I figure out how to keep my boys this small and innocent I’m gonna laugh more, watch them more and pray to God time could just slow down a little. 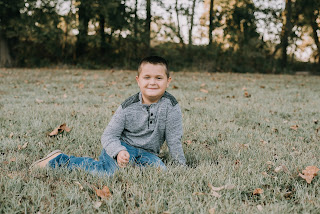 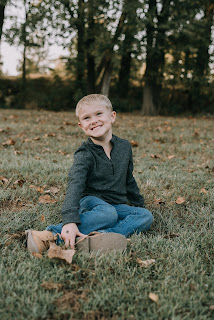 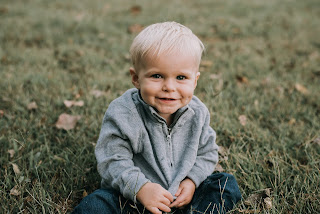 Posted by Www.prayuntillsomethinghappens.blogspot.com at 8:59 AM No comments:

6 and 1/2 years ago I meet Andrea. A sweet girl with a hard past and in a sad situation. There is absolutely no doubt in my mind God placed us together. No doubt that He has this plan in place all of our lives. I was meant to be a mother...Parker’s mother.
Her life never really go any easier after the adoption. She got clean, then fell back into it again. She made some mistakes, and conquered her demons. She would get her head above water only to go back under again. Not one person can say she didn’t try...because she tried oh so hard.
I watched most of this play out on Facebook. I can keep up with her through there. My heart would ache with her posts of failure and rejoice with her in her achievements. She did receive her GED not long ago and that was a big moment for her.
We pray for her daily and daily I worry if I shared my love for Jesus with her enough. I tried so many times to be sure she knew that HE was the reason we have and love Parker.
A few months ago she reached out to me through Facebook messenger. I’ve set all my stuff to private so her finding me and messaging me scared me to death. Her only message said “I wanted to tell you that I love you guys so much” it made me so nervous that she’s found me. I immediately blocked her (for safety purposes, and I contacted GLAD so she’s know we weren’t mad but couldn’t communicate through Facebook) and started a letter to her to put on this blog to let her know how much we love her too.

Yesterday afternoon we learned that on March  23rd at 4:30am Andrea passed away. We have no answers as to what happened. My heart is completely broken. I’m broken for my Parker. He will never know just how much she loved him, how much she gave up for him, how much she gave ME! We are still processing everything and Parker has no idea. I look at him and tears swell in my eyes as to how he has no idea that she’s gone. I cry thinking if she hadn’t given us life that he would be orphaned right now. My heart just breaks!
Parenting is so hard, very hard and then you throw in the factors of adoption and I’m just trying so hard not to screw it all up.
I honestly don’t know her relationship with Jesus, I pray she was a child of God and is dancing in heaven with her mom. I pray that’s where she is so for the rest of Parker’s life she can get a front row seat to see how awesome he is because of what she did!!!!
I’m asking for prayers for us, for guidance in the days and weeks and years to come. Parker doesn’t know and probably won’t till his ready to hear his story in full.
Please lift up Andreas two other boys, Zayden and Easton. They have lost the only momma they know. I have no idea what will happen to them.
God has had this plan all along. His plans are better than ours even when don’t understand! 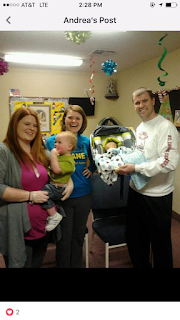 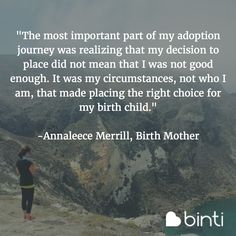 Posted by Www.prayuntillsomethinghappens.blogspot.com at 3:49 PM No comments:

Dear First momma,
It’s been a while since we’ve talked. 6 years to be exact. Our boy is 6 years old....somehow 6 years has past.
Parker is in kindergarten this year and...well...doesn’t LOVE it but is doing better. He loves his friends and social life (he gets that from me) and he loves to learn new things (he gets that from Charlie) but it’s the “work” part he struggles with.....he only wants to do the fun things. He’s very smart....very polite....very outspoken and mostly very precious! He can count to 100, knows all his letters and sounds and is starting to learn to read.
Parker has a heart as big as the sky! He loves as big as the sky and loves to show it. He’s always wanting to please whoever he’s around. He’s hilarious and entertaining too. He’s got quite a few friends at school. We told him this year for his birthday he could choose 5 friends to take to eat and play games. It took him weeks to narrow it down, almost broke his heart he couldn’t take them all!!!
Right now he’s into games! Has an x box, Nintendo switch and DS. He says he’s a “gamer”! He loves Mario, sonic, and transformers. He’s an awesome big brother to his two little brothers. He’s always willing to help and will usually always play with them when they want him too.
He’s playing basketball right now. Not the greatest at it but he’s learning. We’ve conquered t ball and soccer over the past few years. I’m the crazy momma in the stands cheering for her baby!!!!
Charlie has taken him hunting a couple times, he’s shot Charlie’s gun and loves it so I foresee many hunts in his future.
We’ve had a few health issues over the past few years, nothing serious just some tummy troubles. We think he’s lactose intolerant and treating that has helped him tons. It’s rough because he LOVES milk and chocolate ice cream.
He’s my picky eater though!! He likes about 5 things. One of those was guacamole but we learned he’s allergic to cilantro so that’s out now. He loves chicken fries and cheesy potatoes, taco’s no letters or shell, spaghetti...sometimes, bread, turkey sandwiches and peanut butter and jelly sandwiches. Thats about it....

I know this year your struggling a little with the adoption. I know you know you made the right choice but I also know it doesn’t make it “easier”. I wanted you to know that your loved, adored and prayed for. We could never thank you for the gift of Parker. He not only blesses us but every person he meets. He’s beautiful inside and out. He was meant for us and us for him. There will NEVER be a day we let his adoption be a negative. We will always make it a positive. We praise you for your decision, that you didn’t “give him up” but chose to let him live and gave a girl who needed him a chance to love him! He’ll ask questions in time and we’ll try to answer as honestly as we can. No answer will ever be given to degrade you but to uplift you and your beautiful decision.
Your loved beautiful girl, not only by us and our son but by our Heavenly Father who lead you to us. We thank God for you both everyday!
Keep your head up, your doing good, your loved, and thanked for everyday!!!!!
Posted by Www.prayuntillsomethinghappens.blogspot.com at 8:23 AM No comments: